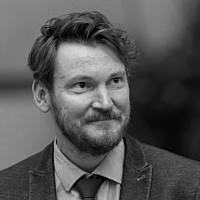 After studying Chemistry in Erlangen with a one-year stint in the Weck group at NYU, JB graduated from the lab of Ivana Ivanovic-Burmazovic in 2010. Interested in biology, he joined the lab of Dirk Trauner at LMU Munich, obtaining his PhD in 2014 and pursuing his endeavours with Kai Johnsson, first at EPFL, then at the Max Planck for Medical Research in Heidelberg. He joined the FMP in 2020 as a Junior Group Leader in Chemical Biology.

European Foundation for the Study of Diabetes Albert Renold fellowship
2013

Zerweck-Prize for outstanding achievements during the Diploma Exams
2011

Leonardo-Kolleg of the Friedrich Alexander University
2007 – 2010

Report Structural and compositional diversity in the kainate receptor family

Reagents and models for detecting endogenous GLP1R and GIPR